A page that was ripped from an ancient tome. It is written in unearthly, alien letters, but for some reason you know you can read it.

Tome Pages are special items that can change the current expedition’s map and gameplay. These single-use consumables are spells and curses that can both help or hinder the player’s journey. Tomes can always be found in shaman huts, and rarely in shrines and caves. The Necronomicon has a chance to produce 1-3 tomes with each use.

Tome Pages have a value of 10 (+100% at Shaman Huts). They are weightless, meaning they don’t count towards the player’s carrying capacity.

NOTE: There are 4 pages that are retired and no longer appear in the game: Monster Den Creation, Mountain Creation, Teleportation (replaced by Random and Targeted Teleportation) and Unholy Travels. There is a glitch in the Hall of Fame collection that still shows these as "missing" items, but the Collector of Sorts achievement is still obtainable without them. 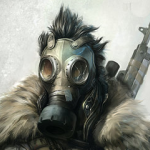